State of the Universe Address 2016

State of the Universe Address 2016

MindArk continues to expand and invest in its core product, Entropia Universe, along with initiating exciting new gaming experiences, for example ComPet.

As promised in our 2015 State of the Universe Address, MindArk invested considerable resources in improving the infrastructure of the Entropia Universe platform, enabling MindArk and its partners to provide ever more entertaining and immersive gameplay experiences.

Those investments have delivered valuable and promising returns. Entropia Universe client crashes have been reduced by half since 2014, and overall client stability is vastly improved, based on feedback via support channels.

The number of new accounts in 2015 was 50% higher than in 2014, a strong indicator that our marketing efforts in 2015 were well-targeted and effective. In-game economic activity grew by 10%, evidence of a vibrant virtual economy with a healthy rate of growth.

Many of the development projects and tasks planned for 2015 and presented in last year’s State of the Universe Address were finalized and released, while several others are still in development and slated for release in 2016. 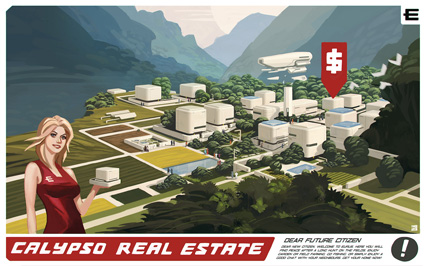 One project highlighted in last year’s State of the Universe Address which we are very excited about is the Citizenship system, whose early foundations were released during 2015. The Citizenship system is one that will ultimately be available to all Planet Partners, who will work together with MindArk to develop the system further and add innovative features and content. The first cities with land plots were released on Planet Calypso last summer, and the response from Calypso Land Deed holders was extremely positive, with all plots being claimed very quickly.

The Harvesting system introduced alongside the CLD land plots in Version Update 15.3 added a fun and flexible new system for beginners and veterans alike, and will continue to be expanded in upcoming Version Updates, including integration with the land plot estate system.

The long-awaited Taming system received lots of attention in 2015, including new buffs, pets, and interfaces to make pets an integral part of everyday Entropia life. Further expansion of the Taming system will continue in 2016, including potential tie-ins with the upcoming ComPet project detailed below. 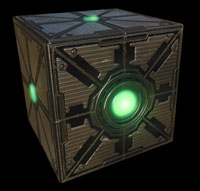 Classified Strongboxes were one of the most exciting new additions of 2015, primarily due to the new equippable rings that provide powerful buffs when equipped found exclusively in the Strongboxes. To accommodate all the new avatar buffs available from rings, pets and other sources, a comprehensive buff stacking and buff icon display system was implemented in the Entropia Universe client.

While Entropia Universe’s traditional appeal for many participants is that of an open-world sci-fi-themed sandbox, MindArk and the Planet Partners have also developed content for participants who enjoy a more objective-based and directed gameplay experience. In that direction, MindArk unveiled a universe-wide epic mission chain called Mission Galactica in June 2015. Mission Galactica offers excitement and challenges for participants of all levels, and will continue to be expanded in upcoming Version Updates.

The efforts made by MindArk and the Planet Partners in 2015 to improve the experience for new participants have been quite successful, and have helped to improve conversion rates, grow the active player base, and maximize marketing opportunities. Usability and gameplay improvements have been made to the new participant start room, as well as to the Thule tutorial area on Planet Calypso.

Additionally, a system of community volunteers, known as the Calypso Advisers, was launched on Planet Calypso to help guide new participants. The Rookie channel is also a great resource for new participants to receive tips from more experienced Entropians, and we appreciate the generous support our community members offer to new participants in-game and on community forums.

Conversion and player retention is an important part of MindArk’s long term growth strategy, and as such the new player experience will continue to receive attention during 2016 by the Planet Calypso team and our Planet Partners.

The improvements to the Entropia Universe infrastructure that began in 2014 continued throughout 2015. Here is a quick review of some of the more significant improvements achieved in 2015:

These improvements have resulted in the Entropia Universe platform being more efficient, reliable, and responsive than ever before, and ultimately enable our team and partners to offer higher quality and engaging content with less downtime for our participants. 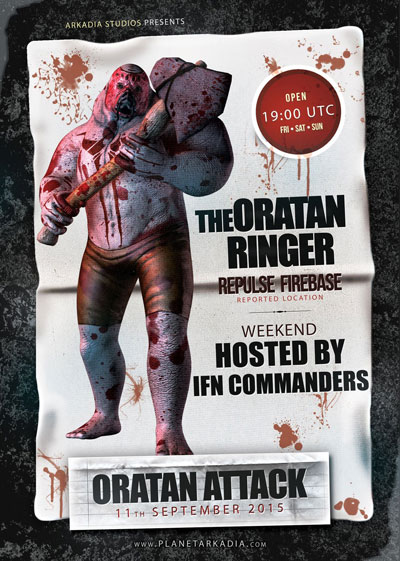 Arkadia Studios continued its track record of producing high-quality, unique content for Planet Arkadia. Arkadia’s reputation for engaging gameplay, along with strong marketing campaigns in cooperation with MindArk have resulted in a steadily growing base of active participants on Planet Arkadia. MindArk will continue to work together closely with Arkadia Studios in 2016 both on the development and marketing fronts to continue this growth trend.

Development of the unique and popular Rocktropia destination during 2015 was largely focused on streamlining and improving existing content, especially content geared toward new participants. Great strides were made in those areas, with the result that the overall gameplay experience and conversion rates for new participants on Rocktropia are vastly improved.

Development of Planet Cyrene also saw a strong focus on content for new participants during 2015, with an eye toward its long-awaited full launch in 2016.

The newest Entropia Universe planet, Toulan, saw respectable progress in terms of uniquely-themed content during 2015. MindArk will continue to work closely with the Beladcom team to move closer to a full launch of Planet Toulan.

As mentioned above, the Citizenship and Housing systems will be a major development focus for MindArk in the early part of 2016. The upcoming Version Updates will include some exciting new content for those systems.

We are also adding new tools to enable our content producers and Planet Partners to create and run more dynamic and exciting storyline events.

Also, the popular Taming and Avatar Buff systems will continue to be expanded in upcoming releases.

Later in the year, we will turn our primary focus to the development of content and systems for space. Some of the space projects on our radar include:

MindArk is developing a new two-factor authentication system that will gradually replace the Gold Card Security System currently in use. This new system will be released as an app for popular mobile platforms for all Entropia Universe participants.

One of the more exciting projects undertaken by MindArk in recent years is ComPet, a mobile pet combat game. A unique aspect of ComPet’s development is the crowdfunding opportunity available via ComPet Deeds. For full details on ComPet Deeds, please visit the official ComPet website:  http://www.competgame.com.

Development of ComPet is progressing nicely, and has now entered the balancing and tuning phase. The current launch target for ComPet is May 10, 2016, and we look forward to inviting ComPet Deed holders into a closed beta testing period within the next few weeks.

Once again, thank you all for making Entropia Universe a fantastic experience. I want you to know that MindArk is committed to deliver on its promises, and to make Entropia Universe the most exciting and rewarding real-cash economy gaming experience available. In 2016 we will continue to expand Entropia with engaging content and deliver a deeper and more rewarding Universe for existing and new participants to enjoy and explore.