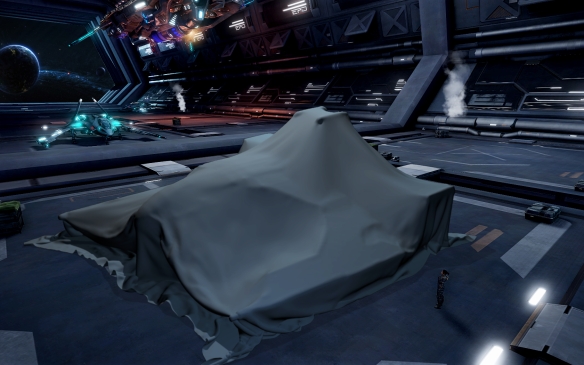 What's under the veil?

Attempts by station pilots and crew to gain more information about the mysterious vessel were met with gruff silence and a cordon by the ITA.

The lack of official information has led to wild speculation over what could be hidden beneath the veil.