Given the real-cash aspect of the Entropia Universe economy, it has historically been MindArk’s policy to be very careful when releasing information related to future development plans, mainly to prevent undue disruption of the economy. However, considering the plethora of information channels now available to participants to stay up to date on official Entropia Universe and Planet Partner announcements (the Client Loader, Facebook, Entropia Buzz, information from which is also syndicated on many community and planet forums), MindArk has made a decision to be more active in sharing its future development plans with participants.

And the sharing starts now!

Below is a summary of some of the projects the MindArk design and development teams are currently focused on. In future communications we will give increasingly more detailed information on each of these projects, and announce additional projects as they become closer to implementation.

MindArk’s highest priority during the next several releases will be improving stability of the Entropia Universe client. Several of the most common causes of recent client crashes have been identified and our developers are hard at work on resolving those to improve the Entropia Universe experience for all participants.

Ongoing improvements to the New Player Experience have been implemented with every platform and planet partner release so far this year. These efforts will continue to be a top priority during the rest of 2014 and into 2015 in order to maximise the marketing efforts of MindArk and the planet partners. 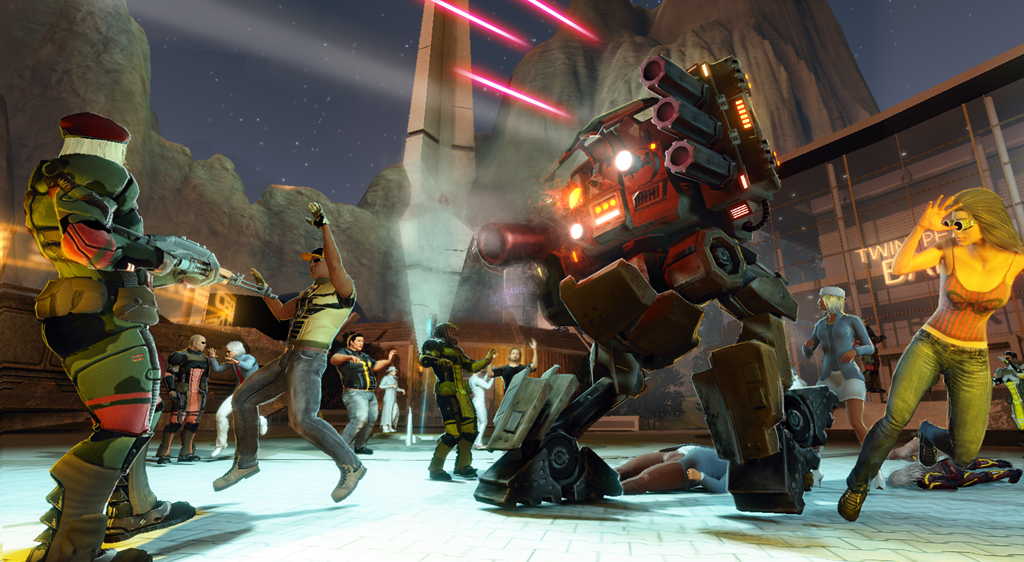 You may already be aware of a new feature introduced not long ago which allows officials and planet partners to control various creatures during special events. This system will be extended to participants in the form of Creature Control Capsules, consumable items that will allow you to transform your avatar into a specific creature for a limited time. This fun feature will be made available exclusively through the loot system, and will be monitored closely to prevent abuse.

Some of you will be happy to hear that we plan to (finally) reintroduce Taming to Entropia Universe. In the first stage the core functionality will be quite similar to the original taming system, with added improvements to usability and fun-factor. Initially, pets will be to able accompany your avatar in its Entropia Universe travels, with more pet abilities and features planned for later stages (see below).

Various improvements to PVP combat have already been implemented this year and more are planned after the summer, including adjustments to the landgrab and fort systems.

In this stage it is planned to implement additional skill-based taming abilities which will expand the capabilities of tamed creatures beyond the pre-VU10 taming system. In addition, a limited number of stables will be made available that will fulfill various roles within the taming system such as stabling, feeding, expert training, trading and more.

Through a new Battle Octagon interface, your avatar will be able to control various creatures and challenge other avatars to battle in special CCS octagons. With lots of options for attack and defense customisation, each battle promises to be unique and exciting, especially considering the possibility of creatures and robots from different planets engaging in reckless combat against one another!

Battle Arenas will be introduced which will allow tamed creatures to battle one another. Each battle will be unique, with a wide range of offensive and defensive pet buffs and upgrades along with customisable attack and defense profiles. 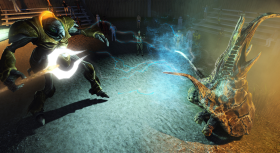 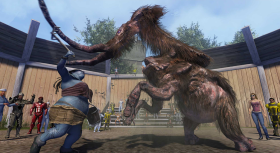 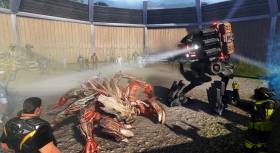 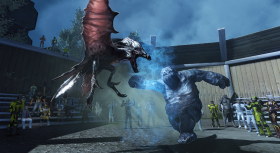 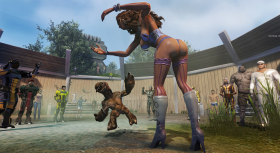 A web-based Battle Arena game is planned for early 2015. The game will be developed as a cross-platform solution available on the web and for mobile devices, and will have direct ties to the Entropia Universe taming  system. Players will have the opportunity to acquire, upgrade and customise their pets for battle against the pets of others.

Work is moving forward on the affiliate program mentioned in the State of the Universe Address 2014, though the expected release date has been revised to 2015 due to integration requirements with other planned projects.

The announced political and housing system is still in the initial design and development stage. As with the taming system, we expect to roll out this system in several stages during 2015. Further information will be made available as each development milestone draws closer.