I was staying away from Massively Multiplayer Online games because I knew that they can eat a lot of your free time.  But all that changed for me on Saturday November 13, 2010.  I opened Yahoo, and there I saw it: “Gamer makes a cool half-million by selling virtual property;” an article about a gamer who bought a virtual asteroid in Planet Calypso in Entropia Universe for $100,000 real US dollars, and few years later sold it for $635,000 USD.  Incredibly, he made a lot of money just by playing a game.

Entropia Universe is a virtual world with a real cash economy, meaning that every item in the game cost real money and you can sell it for real US dollars.  My first reaction was “crazy rich people,” but I was curious enough to download the game later that day and create my virtual mini me.  Virtual property, virtual money and making money sitting on your PC may seem strange to ‘normal’ people, but trading and making money in such a manner has been happening just like this for years.  EU currency is known as Project Entropia Dollar, or PEDs, and just like currency in other virtual worlds, PEDs can be withdrawn from the game, converted to real world money, and deposited into a linked bank account.

Entropia Universe is free to play (until you decide to deposit) with no monthly fee, so I elected to explore this new world right away.  I was so impressed by the game that first day that I played until 3 a.m. the next morning, beginning in the starting area — an island where I had to complete a few missions designed to teach game play.  This aspect of the game has been improved, but even at that time, it was enough to grab me.  The graphics are powered by CryEngine 2, allowing for incredible realism, especially for a Massively Multiplayer Online game with huge areas to explore and thousands of people playing at the same time.

During my second day in EU I realized that I had many questions, so I joined a very helpful society called, “The Knights of Calypso.”  The group helped me discover new towns in the game, answered all my questions, and I even received many items as free gifts.  I was amazed that these people were setting me up with things that normally cost real money, yet they were giving them away to strangers.  I found the social aspect of EU to be very surprising, as well as the friendliness amongst the players. 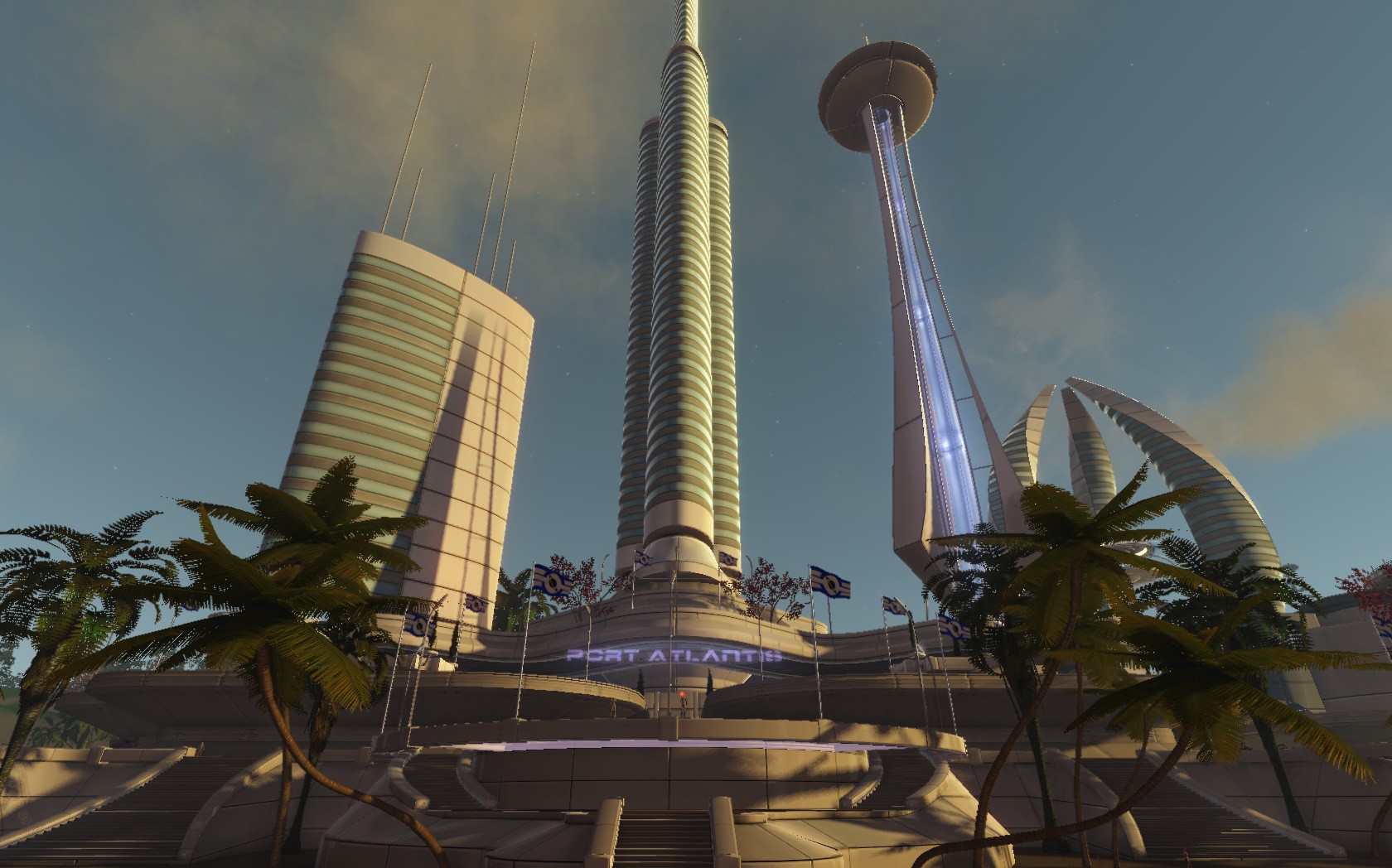 While the beautiful landscapes are the first things that new players notice, the real reason I enjoy playing Entropia Universe month after month, year after year, is the complexity of the game and the freedom granted players to do whatever they want.  Players can hunt creatures, kill robots, drive or fly vehicles, drill the ground for resources, manufacture armor and weapons, explore, even kill other players and loot them.  There are four planets now and two more coming soon.  So, with the space between them and the huge area to explore, it’s impossible to become bored.  Moreover, professions within the game are an option — taxi driver, shop owner, hairstylist, medic, trader, or almost anything else that players create for the purpose of earning money within the game.

If I had to choose just one word to describe Entropia Universe it will be “challenging.”  While participating in games with monthly fees, there may not be as much concern regarding how a player interacts with the world; however, in EU bad decisions can potentially cost real money, or conversely, smart decisions can make real money.  I believe that because everything is ultimately based upon real money, players are more mature and responsible than in other games that I have tried.  My interest in the commerce within EU eventually led me to purchase two shops so I could begin to sell goods to other players, which has provided me with some valuable experience in money trading.

As far as game-play, my personal record in lucrative achievements is a $40 USD Gazzurdite Stone from one hit on October 16, 2011, on Planet Arkadia.  Incredibly, there are players who have been able to kill a creature or drill resources worth $20,000 USD.  Other games set goals where high scores, like one millions points, or require certain achievements in order to gain rewards.  In EU, my goal is to eventually acquire $20,000 USD and buy a car — maybe even become a headline in a Yahoo news article,  like “another person gets rich playing video games.”  Other personal long-term goals are:  create a role-playing society where everyone can take a position; own property on every planet in the game; and be able to craft my own armor and weapons.

I would encourage anyone who enjoys adventure, challenge, and online gaming to check out Entropia Universe.