Each planet has a space station located just outside their stratosphere. You can dock or land a spaceship there or teleport yourself to a planet. Note that teleporting from a space station to a planet is a one-way transfer. You can also leave space by flying with a small spaceship towards a planet, currently only with either the Quad-Wing Interceptor or Sleipnir with a space thruster attached to it. The thruster is a small propulsive device used to facilitate speed travel. It is necessary when breaking through the stratosphere in both directions.

Note: When a thruster's health point is 10% from 0 you need to repair it (UL) to be able to use it or replace it (L). In space you can find repair stations on space stations and in motherships.

The only way to reach space from a planet is by flying there with a small spaceship (currently either the Quad-Wing Interceptor or Sleipnir with thruster attached to it). However, you can teleport from FOMA Fortuna and Crystal Palace and Club Neverdie for a fee of 17,5 PED (Project Entropia Dollar).

To facilitate space navigation you can use the target marker and the special mouse steering control.

Through the Map UI you can select you target location to get a target marker in-world:

Flying in space is real 3D flying and there is no up or down; the coordinate system is related to the ship.

This is how the movement actions behaves when flying in space:

When in aim mode you can control the vehicle's yaw and pitch rate with the mouse. This mode visualizes your mouse steering with a mouse cursor within a circle with its center point marked. The mouse cursor's location related to the center point shows your steering direction.

Motherships are extremely large vessels that can take both crew and many passengers as well as small spaceships. When not in use they remain where they are located in space.

The following terminals and items are standard equipment on motherships:

You need to be the mothership manager or have a valid ticket (be added to the ship's guest list) to be able to enter it. Either you can do this directly from a space station when the ship is docked, using a Teleporter, or you can enter the mothership bridge entrance flying a small ship.

If you have a valid ticket to enter a mothership, at the time of departure, you will receive a request for auto teleportation to it, which you can choose to accept or not.

If you obtain a mothership deed there are some actions you need to perform to start utilizing the mothership: 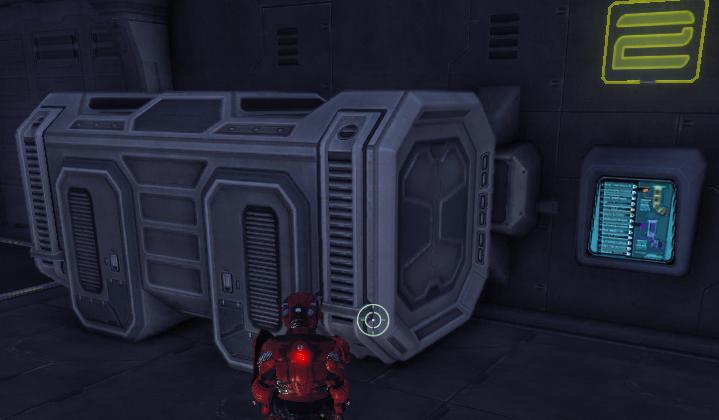 You can enhance the status of a mothership in the following ways:

SI Management - increase max SI value. In a mothership's SI management terminal you can increase the maximum SI value by adding minerals. Such an increase will also restore the ship's health to this new maximum value. 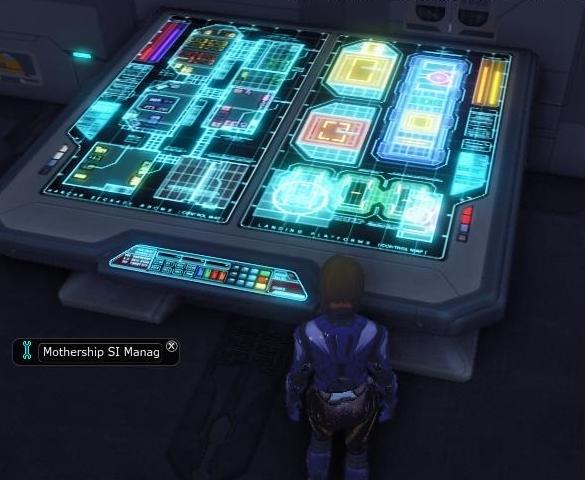 The maximum SI value can be managed in the Hangar Control Room, found on the second floor in the hangar.

Drag and drop the correct stack size of a valid mineral to the UI. Currently valid minerals and required stack size, listed in ascending order, the ingot with lowest effect first:

The SI addition will be evenly divided between the different mothership sections: Command Center, Hangar, Reactor and Propulsion.

Note: The final result is affected by your profession level as a Vehicle Structure Engineer.

To place a device in a slot, drag the device over available slots and place it on the slot that turns green.

A mothership has several gunner seats where you can help defending the ship you are on. The ship is divided in several sections with separate SI values. When damage is done to a section, it can be repaired from the inside. When one section is destroyed, the complete mothership is destroyed. 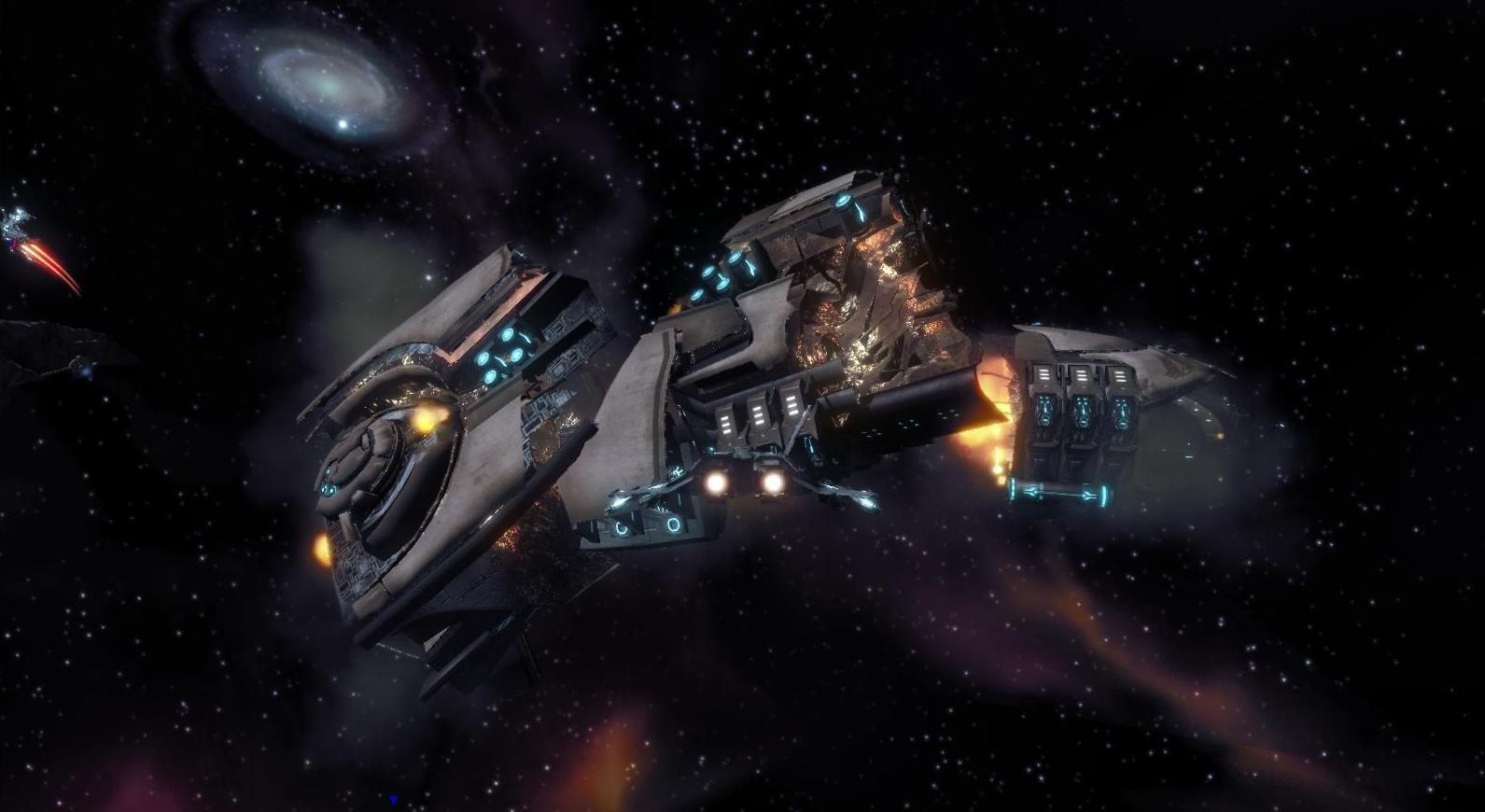 Note: You need Heavey Weapon Cells to use the weapons in the gunner positions.

A destroyed mothership will be transferred to the closest available space station as will its crew and passengers. Each participant will be revived at the space station.

The pilot and passengers on a small ship (Sleipnir or Quad-Wing Interceptor) can board a Vega Class Privateer, by right clicking on it and choosing Operate. However, you need to be on the guest list for this, so if you are not send a request to be added to the list.

You can enhance the status of a Vega Class Privateer in the following ways:

Restore SI. Restore the ship's health (SI value) at the SI repair sections. The ship is divided into two sections: reactor and propulsion. When the ship is hit, those sections are damaged, and repaired, separately.

SI Management - increase max SI value. In the SI management terminal you can increase the maximum SI value by adding minerals. Such an increase will also restore the ship's health to this new maximum value. The SI addition will be evenly divided between the different  sections: reactor and propulsion. Both the pilot and a guest can perform this procedure.

Engineering - modify functions. If you are the Vega Class Privateer manager you can modify and upgrade its functions by adding different devices, that can, for example, affect number of available gunner positions. You can do this through the Engineering UI, that you open by operating the Engineering panel.

Smaller ships, Sleipnir and Quad-Wing Interceptor, can travel both in space and at planet level, but for entering and leaving space they need to have a thruster attached to them.

When in space, if you have a spaceship (that is not a mothership) spawned and you leave it unattended for a time or if the ship is destroyed or if you die in space, it will be returned to your Inventory. The Recall all vehicles action also recalls all space vehicles to your Inventory. Note that when you are on a planet, all vehicles (spaceships as well as ground vehicles) are returned to a Storage Facility instead of the Inventory.

You can only enter a small ship when it has landed or has been spawned.

Unless the small ship has landed, the only way to leave a small ship is to log out and log in again. Then you will die in space and be revived at the nearest available space station.

Looting Ships and Avatars in Space

The whole space, except in the parking zones outside the space stations, is a lootable PvP area where you can battle your opponents. To loot one or several avatars you have to kill them after you have destroyed the ship, during the time the avatars are floating around in space - before they choke and return to a revive terminal. You can see the avatars from the markers visible above them.

Note that you can also loot the destroyed vehicle's Inventory.

A passenger can only enter a spaceship when on the guest list.

In general, adding and removing guests from a guest list of a spaceship is similar to the planet vehicle guest list behavior.

There are some major differences between managing a guest list on a mothership or a smaller ship. On motherships, the manager can remove a passenger from the guest list, during a flight. The passenger will then enter space and die a slow space death and be revived at the nearest available space station.

Avatars can request to be added to the mothership's guest list and the manager can accept or deny from wherever he or she is at. However, to add a guest without a request, requires that the manger is on board the mothership and opens the Guest List UI. Then the manager can only add avatars already added to his or her Friend List.

A spaceship can have a reputation, either as a good or evil ship. The total reputation point is based on both the ship's karma and the captain's and crew's skill; passengers' skills do not count.

Karma points are valid for spaceships only and there are two ways to gain karma for a ship:

Your first karma action in a new spaceship with neutral reputation gives the ship its basic reputation as good or evil:

After the initial reputation is set you can continue to increase these points and aim for a grand title for the ship.

In an evil ship, this is what you should do to continue gaining negative karma:

In a good ship, this is what you should do to continue gaining positive karma: